Thought for the day

Life is busy.  It's too busy for most people, and most of the things that we busy ourselves with are a waste of time; like video games, TV, the Internet, and blogs;)

But also, let's de-clutter things and invest our relatively small amount of hours, minutes and seconds into the things that matter to us.

My kids have grown up.  No longer babies.  I miss that.  There will never be enough moments for me to look back on to say that, "Yup, definitely hung out with baby Miles and Jonas enough."

I think that there is room in the business to find peace and rest.  While you are working, and the stresses of the job, coworkers, bosses, deadlines, etc. climb all over you.  I think that it's possible to let it all melt away and remind yourself that you are, in fact, alive.

You are alive.  You exist.  You are living.  Doesn't that invigorate you?!

I am reminded of a great line from Bill Fay, who put our a great album last year.  Here's the song:


I love the line:


The never ending happening of what's to be and what has been.  Just to be a part of it, is astonishing to me.


It's very common of us to forget that we are alive.  We do it every day.  We forget almost as soon as we remember.  How stupid is that?

Firstly, there is a window in marriage.  Its where people will bug you and bug you about not having kids yet.  It probably lasts about a year after your married until you cave in and have kids.  These people don't really know what they're saying.  In fact, they're likely just joking around.  I don't think its funny.
So, for us, it started around 2003.  We were in YWAM and one of our students, a middle aged man with 2 or 3 kids of his own, kept bugging me because we didn't have any kids yet.  Actually, it was more than just bugging.  He seemed to think that it was his mission to pester me about it.  He seemed disappointed in me, which was weird.
4 years later and we had a kid.  In between those years were some of the best years of our lives.  We travelled, we went out late, and we pretty much did whatever we wanted to do.  It was great.
My kids are great.  I am enjoying the challenge and joy of seeing them grow up into stubborn, hyper, gifted little boys. I love them and I am thankful for the gifts that they are.
Yet, I am thankful for those year where it was just the 2 of us.
Don't let people get to you.  For some reason, having kids is the upmost important thing to haggle younger couples about.  I'm not sure why people find it important to pry into other peoples lives.
Not to mention the complications that come with having kids.  Namely, the fact that a lot of people have complications when trying to have kids.
How awful it would be to hear those words "why don't you have kids" when having kids might be the very thing you dream about.  The very thing you long for every day, every doctor, every prayer.
Or what if you don't want kids?  I think that a lot of people have a hard time trying to grasp the idea of not wanting kids.  The simple solution is to mind your business.
There are single people, childless people, people with 1 kid, people with 10 kids.  Fat people, ugly people, bald people, sexy people, independent people, needy people.
We're all just people.
We all do things that other people don't understand.  We have things about us that other people don't understand.
What needs to happen is we need to stop expecting everyone else to do as we would do.
So if you're young and in love, have some kids if you want.  It will definitely be awesome.  Or not.  Or Wait.  Or don't have them at all.
All I can say is that I enjoyed not having kids for a while.  Take it or leave it, but for goodness sake, let's all take our foot off the gas and just let people make these decisions for themselves.
Now, the other thing.  But first I must say that the following applies to me as well.  I am learning just as you all with kids should learn.
If you have kids, please don't ram them down other peoples throats.  As my kids get older I am learning that not everyone thinks that they're the most amazing things in the world.  Crazy, right?
I think it has to do with growing in maturity as a parent.  The newness of everying seems so interesting that you think everyone wants to know about your new double stroller or the latest thing your kid did that was just the cutest thing in the word.
Share these stories, but in moderation.  Throw a filter on it.  It's amazing as to how many people you know who are already over everything you have to say about your child.
Oh, they love your child, and probably enjoy having them around.  But tone down the baby talk, the blogs, the Facebook albums.
I'm not saying we Should cut it all out all at once.  But man, do we like advertising our kids.
No wonder society keeps bugging young couples about it.
Love you , Miles and Jonas! 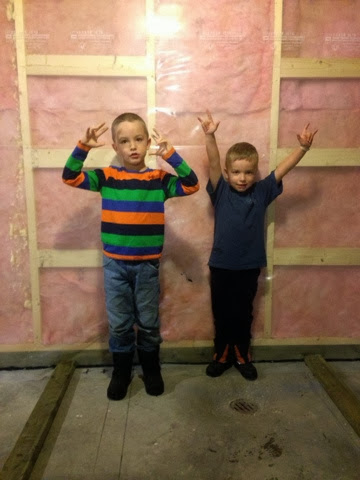 Email ThisBlogThis!Share to TwitterShare to FacebookShare to Pinterest
Labels: kids

Another thought for the day.

I am completely overwhelmed with how much wisdom and advice I am exposed to every day on the Internet.

Quotes from famous people, links to good articles, and other thoughts.  Most of it is good, great stuff.

It's easy to scan and read dozens of these things in one sitting.  Learn about injustices in Africa, how to burn body fat, which band you should be listening to, which corporations you should avoid, and so on.

And just like most things these days, I usually treat all of these often rich and nutritious things like fast food for my mind and soul instead of allowing them to be the deep sinking treasures that they are.

And besides sharing them on Facebook or Twitter, I don't really interact with anyone about them.  I read, I react, and then I move on.

For the past few months I have been trying to focus in one one thing.  One little golden nugget of wisdom from the Internet.

It's a few words of meditation from Frank Schaeffer.  I have memorized them, thought about the 3 groups of words individually and as a whole, and often say the words under my breath at different times of the day.

They are the simple words that I have printed on my desktop photo of my beautiful niece Katie. 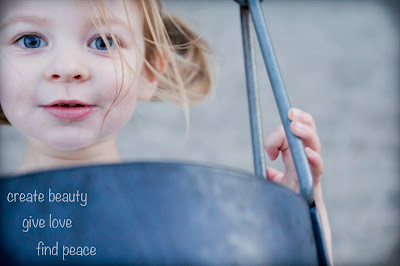 That's it.  Simple words that are often very complicated and difficult to live out.

Letting them soak has helped.  I read other things, other pieces of wisdom, but I keep coming back to these words.

What have I learned so far?  That it's pretty much impossible to make the first two happen without the third.

Though, it seems that the third doesn't happen without the first two either.

And I go about my day with these words in my mind.  I forget about them at times and remember them again.

I think of these old words so often that they become new again.

Thought for the day

We're all just a bunch of people.
Posted by Brett at 12:38 PM No comments: