Welcome to the year 2015.  Another year to live life a little better; to try to succeed at something.

Most people don't take New Year's Resolutions seriously.  Why?  Well, because they say that you can't keep them.  While I agree with that, I will argue that there is more to attempting to resolve to succeed at something than whether or not you actually succeed.

I would argue that actually trying something is, in fact, a small form of success.  A lot of people do not keep their New Years promises, but even more people don't even make any.

Last year I had a goal to jog for 300 miles.  It was a crazy goal, aiming for the stars, but I believed that if I stayed the course, I could achieve it in 2014. 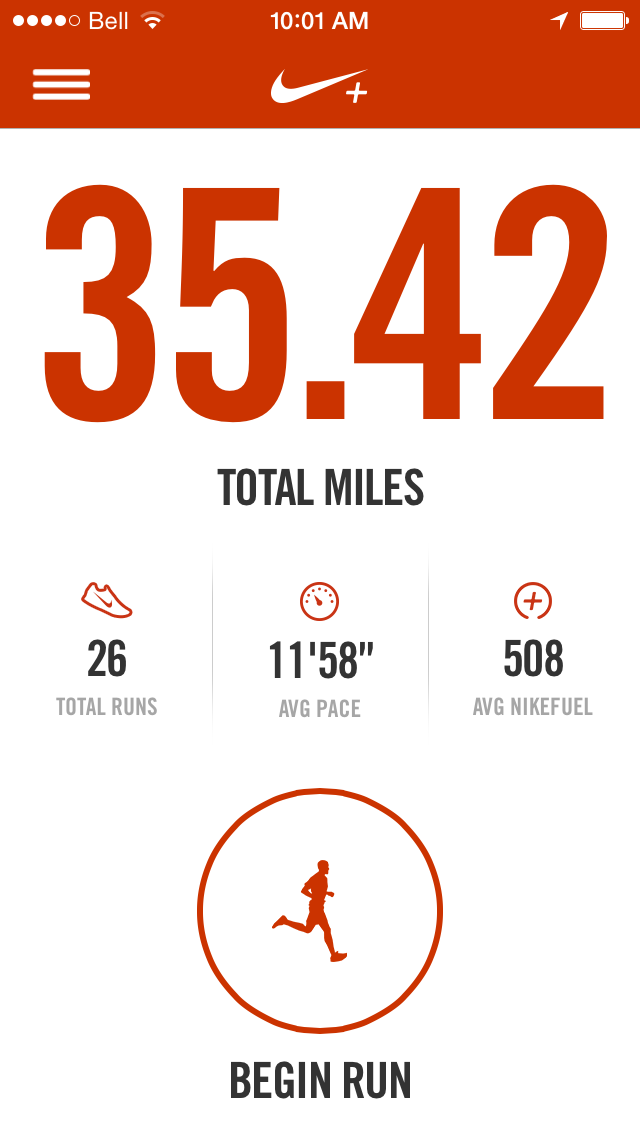 That's my final tally.  I failed miserably.  I made up excuses about being tired or busy.  Some of my reasons were reasonable, some of them were just plain lazy.  In the end, I failed.

This year I am going to try it again!

I've thought about my lazy strategy last year.  I figured that having the Nike app would be motivation enough to get me my 300 miles.  That was very poor planning.  This year, I have thought about what it will take to get my Winter runs in at night, which was probably my biggest excuse last year.  And I will try to have a schedule to make sure I give a good effort 3 or 4 times a week instead of a mile a day.

I'm not guaranteeing that I will succeed this year.  But I think that it's reasonable to think that I will get a lot closer to my goal than I did last year.  Little by little, I just might achieve my 2014 resolution sometime within the next few years.

We're all failures at something.  I just wanted to make my failure known as motivation to work harder for it.  Maybe you failed at something this last year, too.  Well, actually, you most certainly did!  What are you going to do about it this year?
Posted by Brett at 9:16 AM No comments: