Jimmy was a hard worker.  His mom had a lot of chores for him to do, and he usually did them without complaint.  But lately things seemed to be getting out of hand. 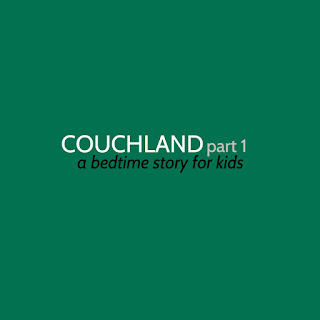 You see, the problem was Jimmy's dad, Carl.  Carl had a lot of chores to do, too, but when Jimmy's mom came calling, Carl could not be found.  One moment, Carl would be sitting there on the couch, watching the hockey game, with a hot plate of nachos perched atop his belly, and then, when Jimmy's mom had a job for him to do, Carl was no where to be found.  This complicated mess meant more chores for Jimmy.

"Carl, can you please come and set the table?"

"Carl, can you please give the dog a haircut?"

"Carl, please go outside, lick your finger, hold it up, and tell me which way the wind is blowing."

Even though some of these requests seemed to convey that Jimmy's mom was perhaps a bit unreasonable with her chore list, the most amazing thing was that when she would say "Carl, can you please..." Carl would be sitting there, as usual, on the green couch.  Yet by the time she finished with one of her requests like "go and water the sidewalk"  or "go out and scream really loudly until the neighbours complain" Carl would be gone.  Like a ghost, he would vanish!

So, inevitably, Jimmy could be seen hosing down the dry sidewalk for some reason, or chasing around ol' Rover the puppy with a pair of scissors and one of those big backwards capes that hair cutters make you wear.  Like a cool Batman cape, only backwards.

One day, as Jimmy was taking the trash to the curb while Carl was off who-knows-where, Jimmy didn't see the giant pile of compost full of rotting turkey bacon sitting near the trash can, and he stepped right in it!

Jimmy had a plan.

He had tomato soup, and chocolate flavoured pudding.  He ate cheese flavoured pizza and pizza flavoured cheese.  He had crackers and snackers, chips and dips.  Sausages and 3 kinds of sticky pickles.  He was stuffed!  And he made a big, big mess of things in the kitchen.

Quickly and sneakily, he hid behind the curtains next to the couch while his dad was watching the game.

"Jimmy!" His mother called, as she surveyed the mess of dishes.  "Get your little legs in here, now!"

Not a sound could be heard but for the noise of the game on the TV and a big, sneer, root beer burp from Carl.

Jimmy's mom shrugged and walked away as she said, "well, Carl.  Looks like this mess is yours to clean."

Jimmy kept a close eye on Carl as a magical thing happened.  His dad reached down for the remote and with his greasy finger pressed a strange looking button located at the bottom.  Slowly, like sand sinking through a funnel, Jimmy's dad began to seep in between the cushions!  Just as he disappeared into the void, Jimmy sprung from behind and dove in after him.

After about a minute later, Jimmy fell off the end and landed on a pile of couch cushions.  He was dizzy because that was a really twisty ride.

He shook it off, looked around and realized that he was in a magical place.

It was a giant field of grass.  Trees were everywhere providing shade to people who were sitting under them.  As far as he could see, in every direction, were beautiful trees and gardens.

Jimmy got up to take a look around.  He saw a man reading a sports magazine while sipping on a root beer.  He saw another man snoozing away under a great big palm tree.  He saw another man  sleeping soundly in a big, comfy hammock hanging between 2 oak trees.  It seemed that all of the people in this world were men.  Men that looked to be relaxing.  Men that looked a lot like the kind of person his dad was.  Men... running away from something.  Men... hiding from chores.

And just then, Jimmy turned to see his dad fishing in a nearby pond.

Startled, Carl dropped the rod, turned around, lost his balance and fell back into the pond.

The noise startled some nearby dozers.  One of them flashed a grumpy frown, rolled over, and went back to sleep.

Carl pulled himself out of the pond.  As he was drying himself off, a fish came swimming up to him and slapped him across the face with his fin.

Carl hurried over.  "Shh, kept it down, will ya?  Some people here are trying to sleep.  This is Couchland.  It's a place for dads and, um, people like dads can get a break from chores and stuff."

"But, dad... this is where you go when it's time for chores?!  I've been doing your chores while you've been relaxing?!"

Carl stood there looking at Jimmy.  He smiled and scratched his head, thinking. "Ya, but... um, well, when you put it that way..."  He was stumped.  Only then did he just realize that he was in a tough spot.  That this was not a place he would like Jimmy to know about.

He looked over jimmy's shoulder to see another dad sneaking up with the fishing rod.  Jimmy didn't see that it was his neighbour Phil.  Phil hooked Jimmy's jeans and tugged really hard.

Immediately, Jimmy flew into the air, over the trees, and through the skies high above Couchland.  From up above he could see fields and fields full of lazy, lazy, men.  Men of all shapes and sizes, but mostly big and chubby shapes and sizes.  The kind of sizes that like to eat nachos and watch the game.  The kind of sizes that skip out on chores.

He could see Carl waving as Phil kept flinging the fishing rod up in the air.  "Don't take this personally, Jimbo.  Dad just needs some 'me time'.  Need to reboot the ol' batteries, you know?  Don't tell mom!  Our little secret..."

The blue skies quickly bleed to green, and Jimmy felt himself digging through stuffing and foam until he was coughing on an old cheese-o and climbing out of the crack in the back of the couch.

Jimmy's mom was sitting on the opposite couch, and immediately dropped her hot tea on the floor.

He climbed up and caught his breath.  "It's dad.  He's lost his marbles!  He's gone Cu-Cu clocks!"

Jimmy rubbed his head.  Why didn't it work?