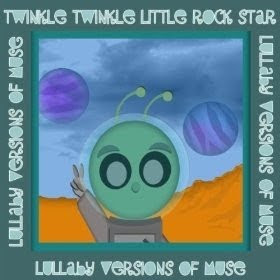 The song itself is catchy. Miles has been able to sing the chorus for a few months now. His commitment to the song borders on religious, once proclaiming "All I know is that life is a highway.". His thoughts swirl around Lightning McQueen, Mater and all of their friends for most of the day. For many weeks now I have tried to get him to like other songs. But to no avail. The other day, while I was studying, LIAH was playing on repeat for just about an hour.

So, when I stumbled across a new selection of songs that I thought I might be able to sneak into the fold, I decided that I should share the good news with others.

So, if you want some nice soothing sounds to calm the kids down (and make you cheerful at the same time) then I would suggest you look up the group 'Twinkle Twinkle Little Rockstar'. It is a collection of cover songs of famous bands, done in a lull-a-by sort of way. I found them on emusic.com. My suggestions are the Radiohead, Coldplay, Journey, and Killers albums.

You are Welcome.
Posted by Brett at 3:48 AM No comments:

Newish... as in, things are kind of different

A few quick hits to perk your eyes and bend your ears:


- I have recently changed a few things around here, to the best of my abilities. Please take the time to look around. Don't forget that there is a new quote at the bottom of the page every single week! This week's quote is taken from one of my favorite movies. I recommend that you take it out from your local library for viewing.

- I am under 40 page views away from 1000! This is monumental considering its just me and the 3 of you looking at this blog.

- I have signed up at Flickr. I am not completely certain of it's capabilities. So far I have put up 4 photos that I happen to like. In the future I hope to continue to add to the current theme, which seems to be "people and places around where we live.". Check it out, and if you are a fellow flickrer then become one of my contacts at:

- I have a mustache, though I will continue to spell it moustache even though the red spell check line appears under it. I am not raising money for any sort of cause. There will be no fund raising for prostate cancer, male obesity, male ED problems, or any other sort of cause. I happen to be in a place where people don't really pay attention to what kind of facial hair I have, so I figure that now is the time to keep the upper lip a little warmer as the winter continues to trickle in. Chances are that I will lose the battle between my self in regards to the insecurities of having a moustache, forgetting I have it, and then getting curious smiles from other foreigners when they see it and remind me that I look like a creeper. Grant me the strength!

- I have edited my little list of movies you should watch. You should take a look (they are on the left, down a bit... a little further... there you go!). I suggest that you watch them and then, most importantly, tell me what you think of them.

That is all. Continue with what you were doing. 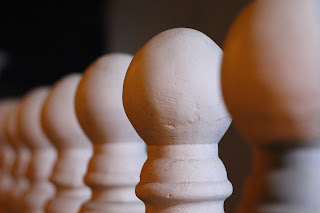 This week I am back in Chinese class after being gone for over a year and a half. I have to confess that I am a little rusty, but in good spirits none the less. For me, learning Chinese is a marathon... or maybe its more like a brick wall that I have to dig through... with a spoon... and the spoon is plastic.

I know an American guy here in town who has lived here for many years now. He has studied a lot of Chinese and has, up until recently, been involved with managing a Chinese company. With those credentials, it is pretty clear that the man can communicate with the locals.

One day, he asked a local friend what he thought of his Chinese skills. The conversation, which was probably in Chinese, went something like this:

"Hey, Mr. Wong. We've been friends for a long time now. You would probably be honest with me. What do you think of my Chinese? On a scale of 1 to 10, 10 being fluent, where would you say that I'm at."

"That's a tough question, friend. Let me pour some more beer and think about it."

About a minute later...

So, judging from Mr. Wong, it is a long road to the pot of gold of fluency. I don't know, maybe the guy is way off on his estimate. When I told another American guy this story he said something like:

"What? Mr. Wong? I know more Chinese than that guy and he's Chinese!"

So, who to believe?

Anyways, back to me. I probably need to use decimal points for my language level. But like I said, it's got to be a marathon. I will continue to pick away at it, with a bad accent and stupid questions along the way.

It has been about a week, maybe 6 days in time zone world, that Barbara and I pried the boys out of the clutches of their grandparents hands and boarded an airplane back to our home here in Xining. Between now and then we have had time to dust out our apartment (literally) and begin to contemplate what this year will look like.

Firstly, the 2 little boys have adjusted lovely to the time change. Miles is actually quite positive and pleasant pretty much from the morning when he rises at 5am until the night when he goes to sleep around 830. I had wondered how he would handle his celebrity status as a handsome little white boy in this city and so far he has handled it very well.

I took him to the restaurant to pick up supper and he was invited to sit right next to the boss. Once seated, the boss' wife gave him the usual attention that little kids like him get over here. Miles smiled his Miles smile and talked to them in English as if it was agreed upon that he would be understood. The wife continued to interrupt him with all of her English words. "Okay". "Hello". "Hi." That's about it.

Both of the boys like the food, more or less. I think that the noodles are probably going to be the favorite. The other day, Jonas enjoyed eggs for the first time.

Now I am trying to think about how to make movies. I've got a little idea about a boy and a kite that sounds good so far. I am trying to develop some "silent" projects, to avoid the whole language thing for a while. Its also a good idea because it forces us to "put it all on the screen", as they say.

I will start language classes next week. It will require some of my time 3 days a week. It will be a good opportunity for me to connect with people at the school again, foreigners and locals alike.

Tomorrow I hope to work up the courage to take my new camera out for the first time in this dust bowl of a city. I am glad I bought the filters. Wish me luck.
Posted by Brett at 10:10 PM 3 comments: 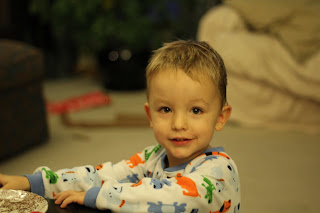 After 7 months, we a finally back in Xining.

Soon enough I will be back at the university across the street to continue studying Chinese.

I will also be roaming around looking for people and places to film with my new camera.

This all means that I will finally get back to updating this blog with news and notes regarding the above and also the ins and outs of Miles and Jonas. There might even be an appearance or two from the lovely Barbara.