Tis' been a while.  Months, actually.

I just wasn't feeling it.  I know that I should have pushed through the slump but, honestly, these last few months the well has been dry.  Not much to say.  I have been reading a lot; blogs, books, articles, magazines.  Maybe, for me, reading other people was a sufficient amount of noise for my life.

But yesterday I felt like I wanted to come back to say a few things.  I was busy then, so here I am now. 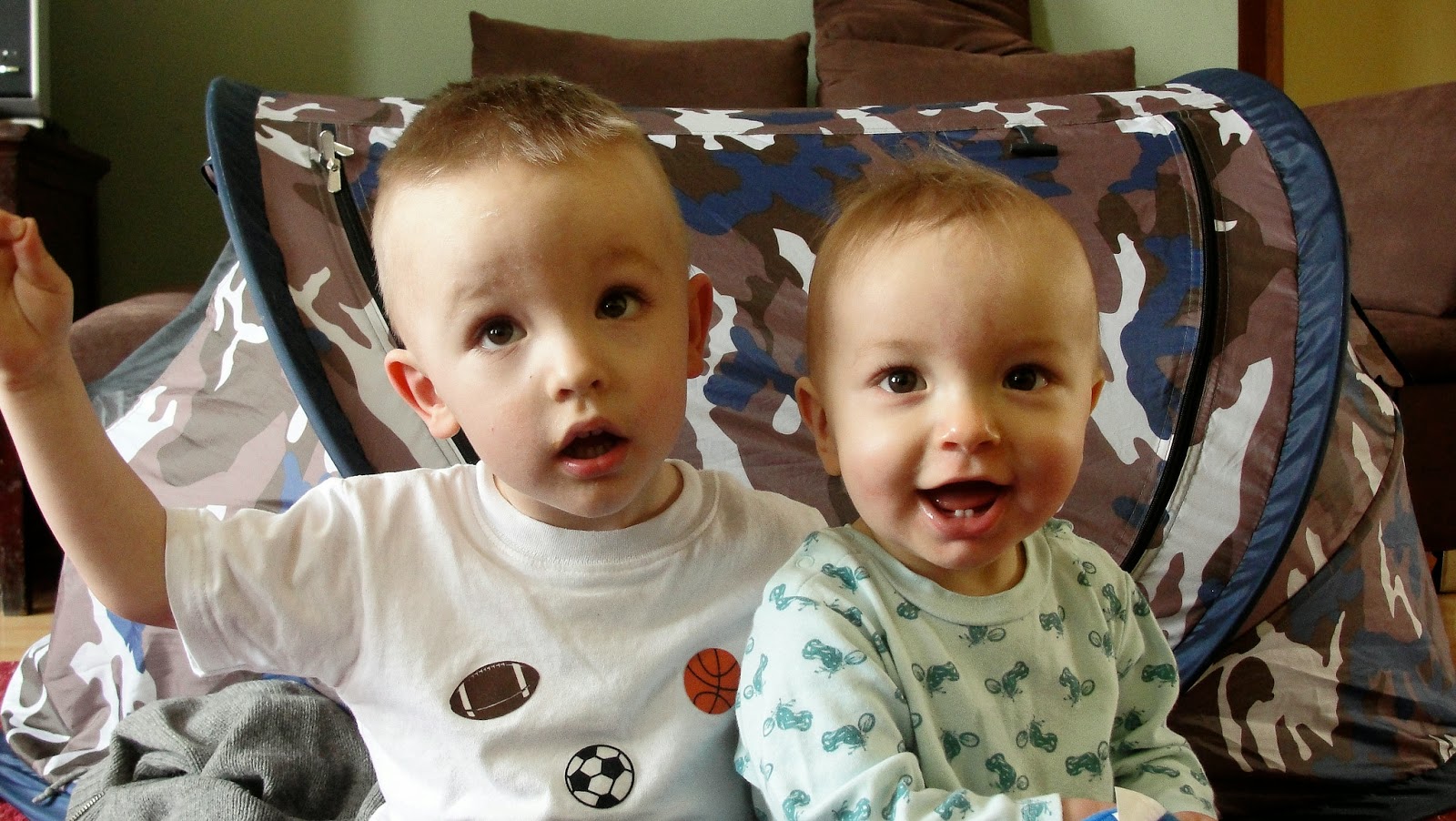 I've been flying solo for 5 days now.  Barbara is in the city waiting for the baby to arrive, so I am out at camp with the boys.  I cram in work and their lives into the waking hours.  It's a lot busier than usual, but it's not too bad.

I've been playing a lot of soccer with the boys.  The weather has been nice, so we've been out there kicking it around for 20 minutes or so after supper.  The darkness drops at around 5pm now, so we are limited these days.

We've also been playing a lot of NHL monopoly.  We throw our own twists and rules into it to give it a nice Gitzel boys flair.  We "draft" properties and make trades based on everyone's well-being.  No heists.  It's a pretty good time.  I won tonight.  No big deal.

Miles is almost 7 now.  Jonas is 5 and a half.  They are so big and grown up.  When I drop Jonas off at school he runs off without saying goodbye.  I chase him down and he half acknowledges me, embarrassed by his needy dad.  Forget hugs and kisses.  He's got a teenaged attitude.  At home he's a cuddle bear, but at school he's an independent, cool dude.

Last night I came across this video:

Here's the link if you can't see it:
https://www.youtube.com/watch?v=plSPr0Mlw1U

This was about 2 and and half years ago.  I can't believe it.  You hear it from parents, how their kids grow up so fast, and then you become one and it's real.

I had an idea to write a kids book called "I miss you already".  It would be about a kid growing up in stages, not unlike "I love you forever".  At each stage, the parent mourns the loss of their child of the previous stage.  A baby into a toddler, a toddler into a kid, pre-teen, etc.

This video reminds me of that idea.  While I am pretty much the same in that video, that little 3 year old is gone.  Is it too morbid to think about it that way?  I can't really help it.  Although its great that he's grown up, in my heart it's a tragedy that that little fellow is no more.  Those lispy words are sharper now, more confident in his speech with each day.  Cars toys are all but forgotten, like Woody at different points of the Toy Story movies.

I mean, he's wearing a backpack in the house.  3 year old Jonas is one of the best things ever.

3 year old Jonas is one of the best things that has ever happened to me.  It was a period of time when we hung out a lot.  Barbara was running a Kindergarten in China, Miles was attending.  It was me and Jo.  We were best buds.  I was feeling down and out and he was there for me.  To cheer me up.  To walk with me to the corner store.  To make it through a few more months in China.

Time moves on and there are a lot of good times with the boys these days.  I catch myself, in those moments, and realize that I am right where I want to be.  If I'm kicking a ball with Jonas or cutting out a craft with Miles, there is no better place to be.

It's really nice to find happiness in hanging out with my boys.  Jonas is particular is just like me when I was 5.  He loves playing goalie, he often runs off in a fit when he doesn't get his way.  He is picky.  It's like I'm hanging out with 5 year old me.

Miles is so smart and sneaky.  He's also hit another stage.  He lies.  Today he was allowed 1 candy from his bag.  I saw a wrapper and asked him if he had had one yet.  He said no.  I told him to open his mouth and I could see the little reminent of Rockets candy on his tongue.  I asked him again if he'd had one already.  No.  I told him to look me in the eye and say it and he did it without hesitation.  Finally, I told him about the crumbs on his tongue and his face reddened up.  He confessed and I forgave him and life moves on.

It sure is curious, these stages.  They grow up, it's good, but it's also terribly heartbreaking.