Getting your Super Bowl preview advice from a Canadian guy living in China is probably not the smartest decision you've ever made, especially if there is money involved, but believe me, I consider it a kind gesture worthy of gratitude and reverence. 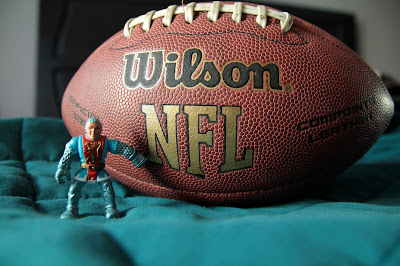 First of all, I hate the New England Patriots and the New York Giants.  The only way that this game could be a worse matchup would be if the Yankees and Vancouver Canucks could play it.  The Patriots are the team that always beats on and laughs at my beloved New York Jets.  The Giants are a team that seem to be riding on a giant surf-worthy wave of momentum and luck juice, so I'm sure that they believe that they cannot be stopped.  Up until the emergence of stud WR Victor Cruz, I would have called this team the most boring team to every make it to the Super Bowl.  As of now, they are quite an exciting team, Mr. Cruz is just THAT GOOD.

Anyways, the game should be a good one, and because of the said Mr. Cruz, I am slightly rooting for the Giants to win.  Here are some of my keys to the game, or as I like to call them, "Super Spoons to the Super Bowl":

1.  The Giants defense must knock Tom Brady out of the game.  Seriously.  They must hit him until he can no longer throw the ball down the field, and then, when nobody's looking, hit him again.  Their backup QB is Doug Flutie, but he won't play because he's retired, but next in line is Brian Hoyer.  A name like that would never lead a team to win the Super Bowl, so you can bet donuts to dollars that this is the biggest spoon of the game.

2.  Ron Gronkowski, even with one of his ankles taped to the rest of this leg, needs to score at least 3 touchdowns in order to give the announcers something annoying to talk about the whole game.  If he can get 3 in the first half, then you can be sure that the announcers will gawk and ramble on and on about how great he and Brady are together.  While watching a replay of the game, this kind of talk will make poor Wes Welker cry a little inside.

3.  The Giants must play RB Bradshaw the whole game.  Staple Brandon Jacob's butt pads to the bench if you have too.  Bradshaw is a beast that can rumble over anyone no matter how New England Patrioty that person may be.

4.  Madonna needs to throw out her hip while gyrating during the halftime show.  This will do more for her career than she will ever know.

5.  With Kelly Clarkson singing the national anthem, us music lovers will be left out in the cold once again.  Oh, what's that?  Wait just a second...

According to the Washington Post, Kelly Clarkson isn’t the only big celebrity named to grace the field before the game Country singers Miranda Lambert and Blake Shelton are going to be singing America the Beautiful in the pre-game show as well.


Well, never mind.  Looks like all the bases are covered.  I am a huge Bill Sheldon and Missy Lambeard fan.  The hugest!  And 'America the Wonderful' is my favorite national anthem of all time!

2 yrs ago I was told I might never walk again. Just WALKED off plane in Indy to play in The #SuperBowl. #TakeThatSh*tCancer


Now, I'm not a tweeter.  I don't know if the # means that he is sending it to a computer that can sort out what TakeThatSh*tCancer actually means and who the deserved recipient should be, but quite a nice story to say the least.

I mean, I walked to the store today, but I don't even have cancer.  My father-in-law has cancer and he walks his dog every single day.  I'm sure that he could play in the Super Bowl if he felt like it, but according to him, he's rather watch it on TV.  Good choice.

I am predicting that Mark Herzlich tackles Tom Brady, causing a fumble, picks up said fumble and rumbles it into the endzone for a score.  Then, he will drop the football and dance around the endzone as one final spit in Cancer's face.  Then, he'll tweet about it in the locker room.

7.  For the Giants to win, when they are in the huddle and the coach asks "now, we need a big play right now, what should you do, Eli?"  Eli must respond with "Pass it to Victor".  Any other response deserves a benching and a public verbal put down session following the game.  Everyone knows that they need to pass it to Victor.  If Eli can't do it, then someone else will.  And that 'someone else' might as well be Victor Cruz.

8.  If CCTV ends up showing the game then I am happy, and that, to me, is the most important thing.


We'll see, maybe they can find a dart or ping pong competition that will turn out to be much more important for the comradery and over all health of The People.  If so, good for them.