First of all, this is for America the country, not the band and not the actress.

You shelter my native land from the south. You are my Prime Minister's Inspiration. Your muscles make him blush.

I have spent a considerable amount of time in America. Most of that time was spent in Hawaii, which is technically America, but it often does not feel 'Americay' at all.

We are also friends with a lot of Americans. We spend a lot of time with that kind of people... Americans!

To celebrate this day I would like to share some of the things I love about Americans:

Firstly, Americans love Canadians. At least, they pretend to. I think that this is neat. I once had an American bake a cake for my birthday. I needed a ride once, and an American picked me up in his jeep. One time, an American was playing basketball and he let me play basketball with him. Great stuff! Great people... Americans!

Secondly, if there is something wrong with me, like if I don't speak English correctly or I say kilometer or centimeter or spell kilometre of centimetre, an American will laugh at me. It's great because it's deserved. The trick is to pretend that they are laughing with me and not at me. That way, I feel like one of the gang, like an... American!

Thirdly, Americans want to know about Canada. They like to ask us questions about Canada, like "Is there really a place called Saskatchewan?" and "How many kinds of maple syrup are there?!" The great thing about these types of situation is that, because I am a Canadian, I can just make stuff up.

"I love that, back home in Canada, we use beavers as remote controls. If there's one thing I miss, that would be it."

Forthly, Americans look like Canadians. So, when I am hanging out with Americans I can just pretend that they are Canadians.

Fively, I can say that I am very cultured because I hang out with people from other countries. Those countries are China and... Americans!

I am thankful for my Americans. They are all around me and they have yet to kick me out. My gift to you is pronouncing "out" properly and trying to make sure I use the word "with" when it needs to be used. I also made a cake for an American once.

America is cool because it owes somebody trillions of dollars. I don't know who it owes but that is pretty cool that America doesn't really give a crap that it owes all that cash.

Speaking of Americans, Handy Manny is Spanish-American. He is the sexiest cartoon on tv right now. 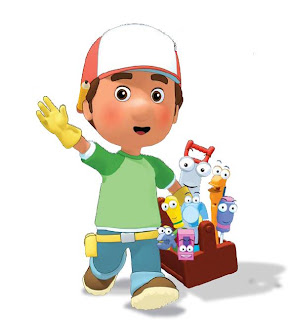 Most of my favorite baseball players are Americans, or Latin American. There are very few good American Hockey players, but that is better than 10 years ago when there were 2. Most of the Canadian Football League is made up of Americans. Americans!

America is cool because it's also the name of a band. There could never be a band called Canada or East Timur. No, just America!

You say that Canada is your hat, so I will say that you are Canada's pants. You are very comfortable and you make our butt look great. I hope we can wear you forever.

So, thanks big brother. You have never ceased to love me whether I am in America, up on the hat, or over here on the wrist watch. Thanks for being everywhere for me. I love you, America!

i'm curious about the proper useage of 'with'.

it also reminded me of my scottish friend commenting on canadians frequently omitting the word 'on'.
"i'll pick you up friday"
"i believe it takes place sunday"

hmm.
no need really. i certainly didn't take it to heart..
but there you are.

We've been caught saying stuff like, "Call me when your done class." and "when you're done your food you can watch tv."

It's not every time, but it is often. I never noticed it until the Americans let us know about it.

Fantastic post. Though, now that I have one foot in both camps I find my inner response a tad bit schizophrenic.

I've been told by Aussie friends that we Canadians use the phrase "You know what I mean?" a lot...