Today, I miss my culture. My sweet Canadian culture 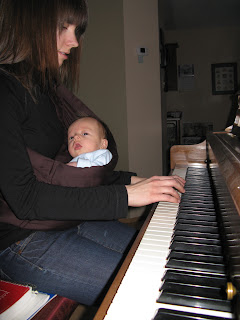 Becky, My sister-in-law, worked at Smitty’s Restaurant for a few years. One day she needed a ride to work. On the way to work I put Radiohead’s “Creep” on the stereo. She kindly asked that I wouldn’t because she didn’t want to start her day with that kind of language. I agreed and put something else on. Thus is the cool way that my sister-in-law goes about life; trying to keep things positive, trying to get the day off on the right foot. I admire her for that kind of stuff.

This week, after much confusion, Ryan Smyth aka “Smitty” has rejoined the Oilers. I didn’t get that much sleep for a few days there because I kept checking to see if the trade really went down or not. But sure enough, he’s on the team again.

This is a really nice thing. He is a really great player, a nice guy, a good leader with experience and his mullet flows like a flock of doves over the morning dew on the prairie wheat fields. But we all know that. Tell us something we don’t know, Brett.

Well, that’s a difficult thing to do for a bunch of know-it-alls, but let me take a stab at it.

Did you know that there are more tennis courts in this city that are not used than there are ones that are? Actually, throw basketball courts in there as well.

Then I came around the corner to some sort of Police Academy. They have the nicest outdoor tennis court in town. All fenced in, filling up with dust. I am sure that in 50 years, that tennis court will be in a museum. The oldest, untouched tennis court in the world. I would encourage them to get American/Chinese tennis legend Michael Chang to do the ribbon cutting.

In that same yard is a really nice basketball court that sits. The hoops even have mesh on them. Really nice stuff. Wouldn’t want to ruin it.

But what can you do? Things work differently here. I think that I am at a different place than I was a while ago. Here is what I think:

You never get used to another culture. I don’t care if you get dropped off of a boat as a baby; you are not made for the Jungle. This was confirmed when we watched Tarzan with the boys last night. Sure, Tarzan and Jane stayed in the Jungle (sorry for the spoiler) but the main problem that started the hold mess was Tarzan being mad at his “gorilla mom” for not telling him that there were other people like him. He got curious about his own people, since there was something in him that could connect with that.

So, you never get used to it, but things do seem to get better. Slowly you start to expect certain things to happen. When they do, like the traffic and other things they do differently, you start to think that you are slowly getting used to the culture.

It’s because there are misunderstandings that go WAY beyond language.

I’ve talked to people that have lived here for 10, 15, even 20 years. These are the people that usually laugh it all off.

“Oh, you want to pick up my kid and put your dirty hands all over his face? No biggy”

“Oh, you mean that your pizza comes with corn and cauliflower? Sounds good.”

“Right; I forgot that the grass is for dogs to poop on. My bad.”

I admire these “legends of Xining” that can let it all roll off their duck backs. I, on the other hand, often feel like a duck swimming in motor oil. Though, I guess, eventually all of that oil can get hosed off. Actually, wouldn’t the oil help with the stuff rolling off my back?

Sister-in-law Becky is also very prudent with going to bed on time. If she goes to bed too late then she will usually tell us about it in a Skype conversation. Maybe she even has a bedtime, I don’t know. But why do I stay up until midnight every night? Who made me the boss? Sure, it’s nice to stay up late but it’s not nice to look like you stayed up late. And, most importantly, it’s not nice to feel like you’ve stayed up late. Staying up late is for rockers and I am 30 now so I guess I’m more of a folker.

We people need sleep. We need nice sounds entering our ears, like birds and coffee percolating. We need these things so that we can survive the bike rides.

I told Barbara the other day that I am restructuring a few things. I’m going to add going to bed on time. I don’t think that I can just start going to bed at 10:30, so I’ll need to work my way to that type of goal. My music is usually “rap free” so I don’t need to worry too much about the language. I’ll have to put a limit on how often we watch The Wire though. That will be tough.

Other things I am restructuring?

Well, praise the Lord, I will be finished with school in 2 weeks. New work visas next semester mean that I don’t need to cross the “Death Zone” cross walk twice a day anymore. That kind of stress should melt away like a big brick of butter. Serenity now!

I am also going to battle the bike ride twice a week. It’s my favorite sport at the moment and I need to stay active in order to keep this locomotive a’ chuggin’.

My local friend, who is a teacher, said that his boss told them that they cannot spend all day inside, so he took them all outside to play volleyball. Volleyball is lame, but bless his heart he cares about his workers. I admire that man. He should be in charge of this place.

Now, I’m not really a “label guy”, but I am a pretty introverted fellow. I fight it now and then. I think it’s good to socialize with people so that they can know that you don’t hate them. I find it nice to get personal with people, one at a time, and often avoid the big group get togethers. I am not a regular at “Club Socialize”, their drinks are too expensive and their music is too synthasizery.

So, part of the restructuring involved some more “me time”. I am working on another script at the moment. I am also getting things together to take a stab at writing a book. These kind of things are in the “me time” category.

My favorite author is Douglas Coupland. My favorite artist is Wilco. May favorite movies are Coen Brothers made. I find that I admire these people not because they are famous, or successful, or even creative. I admire them because I feel like I know them. I’m going to work towards letting people know who I am. What am I waiting for?

So, if more sleep and more "me time" can help me enjoy my bike rides a little more then I think that it’ll be worth it. Thanks, Becky.

In any event, I look forward to listening to Ryan Smyth play for the Oilers this fall.

I just restructured my weekdays by getting up at 6 every day instead of two minutes before work (7:58). It's going ok thanks to my roommate who is also getting up so that we can be accountable. Watched the Seven Samurai, huh? I love that one. Very beautiful, and I think the acting is actually pretty good. Toshiro Mifune is my favorite Japanese actor. Have you seen Metropolis yet?

Barry - oh. That's why I hear all that noise at 6 am now. 2 hours before work??!? What are you doing - golfing every morning?

Brett - I don't remember that moment when you were driving me to work. I also didn't remember the song, so I listened to it today. I promptly turned it off. Awfully discouraging song. I surprised I said that at that point in my life - I hadn't even been through my "scaring stage." Hm.

There are plenty of things in Canada that ruin my bike rides all the time. 1) Cars who think I'm a pedestrian. I understand they're trying to be polite, but road rules exist in Canada so that people don't get confused when other people try to be polite. If I am on my feet, I am a pedestrian. If I am on my bicycle, or practically on my bicycle, I am a vehicle - just like you... albeit, a lot less protected. 2) Pedestrians who share the shared bike/walking path who wear headphones so that they can't hear the required dinging bell as I pass. Please folks, stay aware of your surroundings - listen up! Those points said, I'm pretty sure your experiences on your bike in China are more annoying than mine in Canada. My helmut makes any annoying bike things all better. My helmut makes people roll down their windows and say "nice helmut," and then we have a great conversation about cycling in Edmonton.

We are totally folkers. Sleep is my favorite thing. I think my dad once said something that someone else said: "Sleep is when God gives us the grace we can't find anywhere else." Sleep makes us all nicer people. Maybe.

I realize that I get a lot of "me time" because I have no kids and no official partner. I realize I am allowed to spoil myself because I don't have anyone relying on me all of the time... except my dogs (and I'm probably over thinking that). I am looking for ways to adjust to less "me time"; I need to make more sacrifices in life. I admire parents and couples so much because they [are supposed to] work through stuff together and exercise selflessness WAY more than I do. One day I'll be as sacrificial as a parent.

Thanks for that blog. Reading it and responding to it has caused me to miss my bedtime (9:30-ideally). You have been forgiven.

Barry: Seven Samuri is really great, though I have yet to finish it. I'm watching it in 3 parts and I have watched 2 so far. It is very great.